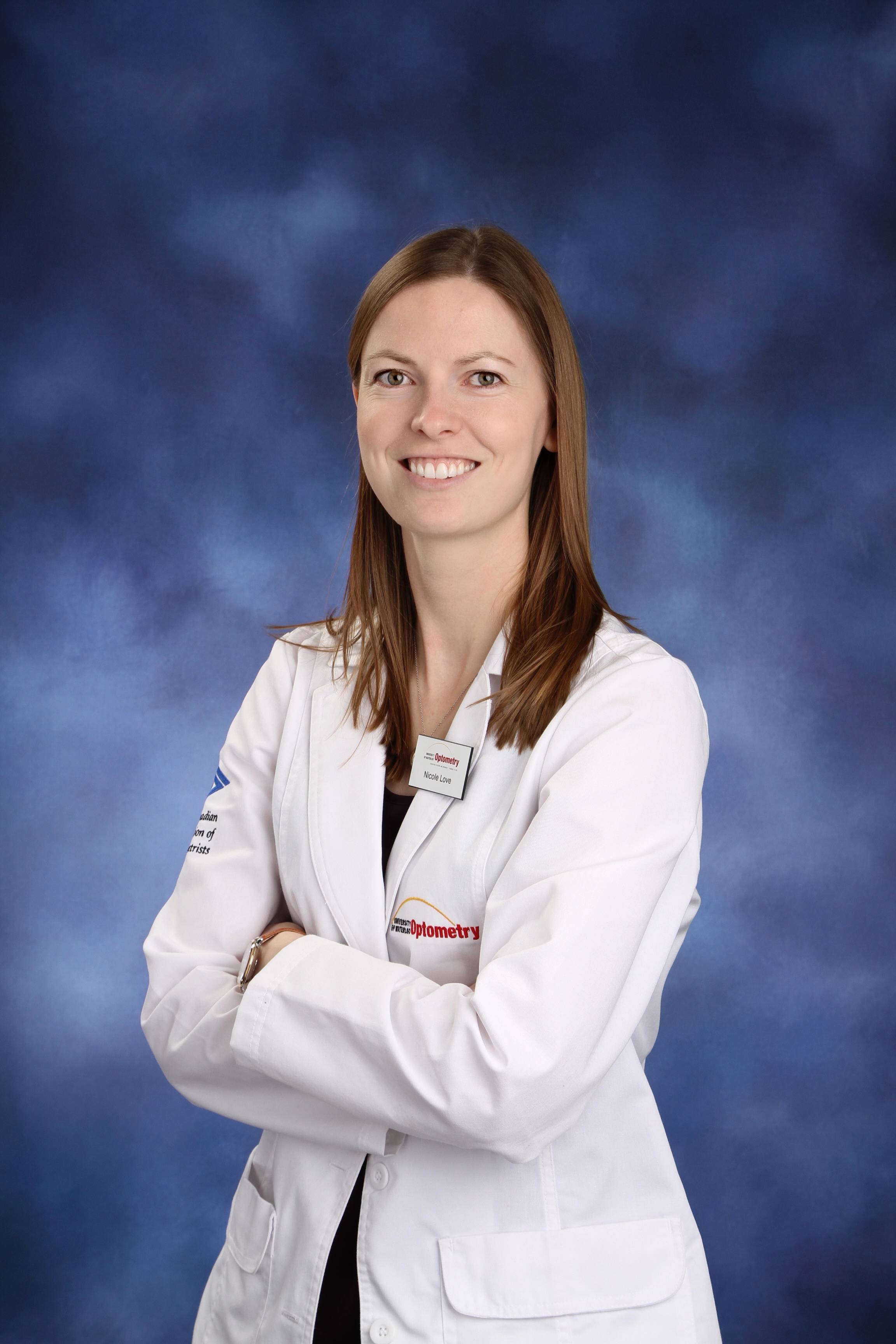 Dr. Nicole Love was born and raised in Pickering, Ontario. She graduated with an Honours Bachelor of Science from Queen’s University, specializing in Neuroscience. In 2016, she earned her Doctor of Optometry degree with Honours from the University of Waterloo. During her final year of studies Nicole completed several externships, including an ocular disease and therapeutics rotation in Pinellas Park, Florida, where she worked closely with retinal, cataract, and oculoplastics specialists. She also completed primary care externships in Kelowna and New Liskeard.

Nicole has a keen interest in helping all patients achieve their best possible vision. In 2014, this interest took her to Romania where she provided volunteer eye exams to those in need. Nicole looks forward to getting involved in many more trips like this in the future.