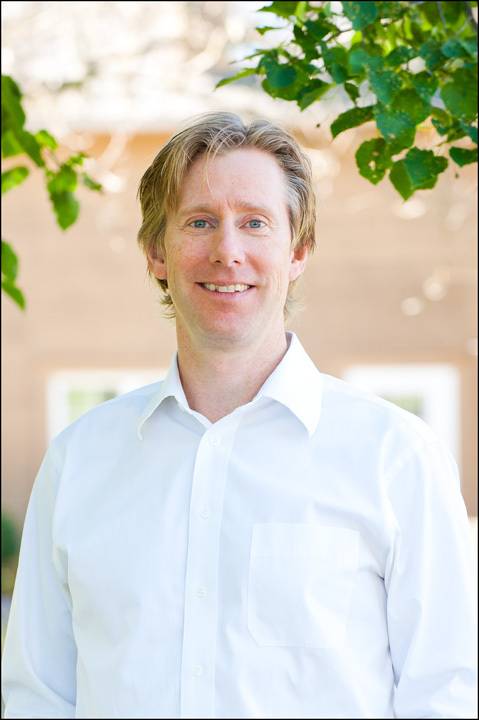 Dr. Marchand (he prefers to be called "Brett") was born and raised in the Kitchener Waterloo area.  His uncle started an optical lab in Waterloo which maintained a close relationship with the University of Waterloo School of Optometry.  This was the beginning of the inspiration both of Brett's older cousin and brother to pursue Optometry as a career.  Although 10 years their junior, Brett was not far behind!
Brett graduated in 1993 from the University of Waterloo with both  Bachelor of Science and Doctor of Optometry Degrees.  Upon graduation he and Dr.Liana Cooper left Ontario and went on to work in a large private Optometry clinic in Victoria, British Columbia.  Although beautiful and rewarding, this setting was too far from family and they decided to move back to Ontario in 1996.  The Beautiful City of Kawartha Lakes Region has been home ever since.
Brett's professional interests include active membership in The Canadian Association of Optometrists (CAO) and Ontario Association of Optometrists (OAO).  He is TPA certified and is constantly stimulated by employing the highest level of care along with latest technology in eyecare.
His personal time is filled with family, friends, fitness, travel, playing guitar, growing his appreciation for food and wine, and coaching representative youth hockey.  GO MUSKIES AND LYNX!!!!!
Schedule An Appointment
Hours & Location